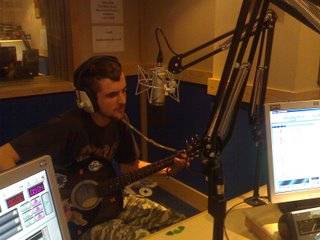 On Monday 6th November I spoke with Peter Garbatz from Furness Music Promotions and also interviewed an act called "Barrington Mozart" who played live "accoustically" in the studio on air, The response was phenominal with plenty of texts coming in to the studio. It was such a success that he stole the show and left me with nothing left to do but the 11 o'clock news:-))Barrington Mozart can be found at www.myspace.com/barringtonmozartandfriend