Acoustic guitarist, singer, songwriter joined me in the studio at 10pm playing live and talking about her music. The session can be downloaded from HERE.

Due to the big success of the last acoustic tour on Abbey FMs late show and at the request of listeners we are doing it all over again.

For 2 weeks in March we will feature different acoustic acts as they play their music live in the studio on Bill Clarks late show from .

The line up so far is

If you would like to play live on Abbey FMs acoustic hour then get in touch with us now to bill@abbeyfm.co.uk for more information or telephone 01229 808222

Sunday Nights from Midnight, Join me for a topical debate about anything you like. No matter what it is, get it off your chest, have a rant about it live on the radio. Phone the studio live after midnight Sundays on 0871 900 1073 or text your veiws and opinions to 07919261847 on the night.

You can also email me any time you like if you have a comment you would like rasied on the show. emails to bill @ abbeyfm.co.uk
Posted by Bill at 19:39 No comments:

The world tour of Furness came to an end tonight with the grand finale on the radio. It was an hour of the best bits of all the acts that have appeared live on the show in the last 2 weeks. The response by text was phenominal and people seems to like listening to it again (or the best bits at least).

I hope to do this again in the near future and anyone that is interested is asked to contact me using any of the methods below and we can arrange a live session.

www.myspace.com/billclarkontheradio
Posted by Bill at 02:38 No comments:

The last act of two weeks non stop live acoustic on Abbey FM was Sewer Side Cafe from Millom. Neil and Maria travelled by bus from Millom to the Abbey FM Studios in Barrow to play live on the radio then travelled all the way back to Millom on the bus complete with musical instruments.

There acoustic set can be downloaded from HERE 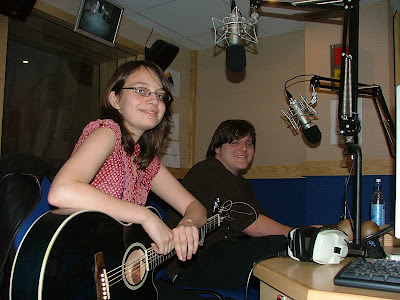 Tonight, Gwen Hechle amazed the listener with music and lyrics written by herself as ell as cover versions from Bob Dylan. Gwen played her little heart out and was in her element enjoying every moment playing to a wide audience on the radio. 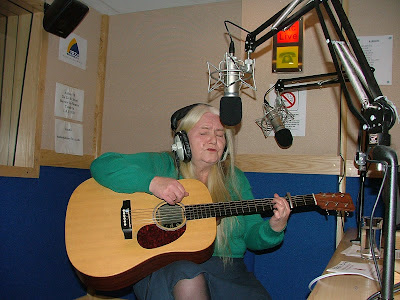 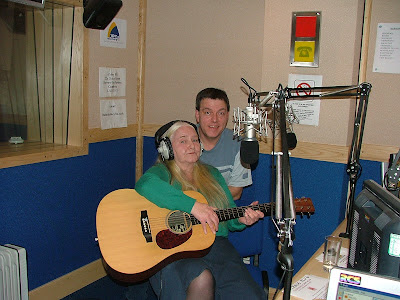 Double click the photos for full size.
Posted by Bill at 22:08 No comments:

Live on Abbey FMs acoustic hour tonight at 10pm Dave Duffin played acoustically. We also played a couple of tracks from his CD`s. The show can be downloaded by clicking HERE 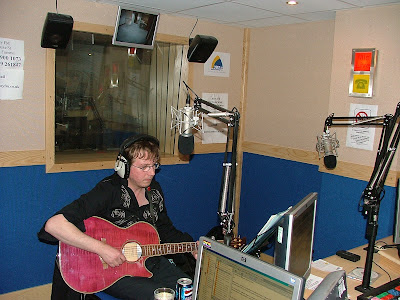 Photos are of Dave Duffin and myself. Live from Studio 1 Abbey FM. Double click an image to see full size version. 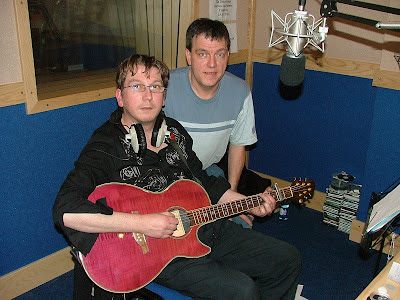